This is a good mystery in which the unexpected is the norm. 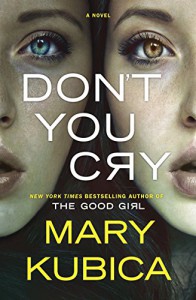 Quinn Collins and Esther Vaughn seemed to be perfectly compatible roommates who had grown ever closer and were now good friends. They went out together, socialized, shared their belongings and enjoyed each others company. Then one night, Quinn readied herself to go out and was surprised that Esther declined to go with her, saying she was not feeling well and so decided to stay home alone. Quinn offered to stay, but Esther said she should go out and have fun. The following morning, Quinn discovered that Esther was not in her room. Believing that she must have left early to go and sing in her church choir, she didn’t panic, but when she didn’t return by the next morning, she did begin to worry and she searched Esther’s room, answered Esther’s phone, and even pretended to be Esther on one or two occasions to glean any information about her whereabouts, but to no avail.
When certain events took place that seemed to suggest that Quinn’s life and lifestyle might be in danger, she began to really worry about her own safety. She engaged the help of her friend Ben, a fellow employee at her place of work. Although he had a girlfriend, Quinn had maintained a strong crush on him. Together, they decided it was time to file a missing persons report with the police.
As time passed slowly, Quinn discovered that Esther had placed an ad in the newspaper for another roommate and had put in an order to have the locks on the apartment changed. Quinn wondered why Esther was trying to get rid of her. When she learned that Esther’s former roommate had died suddenly, under suspicious circumstances, she began to feel afraid. Was she in real danger? Adding to her anxiety, she discovered that Esther seemed to have another identity and had removed a large sum of money from the bank.
Meanwhile, in a parallel narrative, enter Alex Gallo and “Pearl”. Alex was 18. He had given up a full scholarship to attend college in order to take care of his father, a known drunk, thus he had a menial job as a dishwasher in a coffee shop. All of his friends had moved on, and he was hungry for some companionship. His mother had abandoned him years before. His father offered no solace or comfort to him since he was, more often than not, in a stupor. Alex seemed to be searching for love and for an end to his loneliness, but he also seemed far more responsible than young men his age. As a caring person, he helped a neighbor named Ingrid. She was an agoraphobic and did not leave her house. He did her outdoor chores, like shopping. Often, she cooked for him, and if nothing else, she was company.
One day, Alex noticed a woman sitting at a table and gazing out a window at the café where he works. He calls her “Pearl” and becomes obsessed with her. He decided to follow her to see where she went when she left the coffee shop, and he discovered that she lived in an abandoned house, that was believed to be haunted. It was formerly occupied by a family that suffered a terrible tragedy and left abruptly, leaving all sorts of things behind, never returning for them. The house was now in a state of disrepair and decay. It had no heat and was inhabited by vermin and rodents. He approached her there and offered to help her. He brought her a small heater, gave her little gifts and believed that, although she was older, she was his friend. Although he was younger, he tended to her needs, rather than the other way around. Once he learned more about her, he began to question her sanity and her behavior, began to look into the history of the house, and discovered that the stories he had been told and believed for years, were untrue. Soon Alex is frightened.
Who was Pearl? Who was Esther Vaughn? Was she planning to murder Quinn? Who was Jane Girard? Many of the characters were not whom they appeared to be on the surface. There were many secrets waiting to be discovered, and some were plausible and some were not. There were many mysteries to be solved, and many unanswered questions needing answers. In the end, when this edge of your seat thriller concluded, it seemed a bit contrived to me, with all of the ends tied up too neatly and not, perhaps, to my satisfaction.
The audio was read fairly well by the narrator who spoke clearly and with feeling, but I thought that the male voices all sounded the same.