Confusing mystery that seems to go nowhere until the final pages! 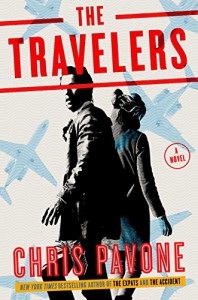 Sometimes less is more and in this novel, I felt it was definitely the case. For effort, I gave the book two stars, but for context I don’t even know if I would give it one. I listened to the audio which went on for hours and hours of overly detailed dialogue with excessive descriptions of mundane events that seemed not only too wordy, but unnecessary. If you couple that combination with crude language and an inordinate amount of vulgar sexual reference, you have a book that is mighty hard to get through. For most of the book, I found the prose pretty hackneyed. It actually took more than 2/3rds of the novel before I even began to understand the direction in which the author was “traveling”. I thought the plot lines defied reality. There were just too many tangents and way too many characters, most of whom seemed to serve to confuse the storyline.

Because I truly believe authors write to please their readers, I soldiered on and listened to the entire audio, but it was a challenge and an enormous effort. I felt that even the narrator was disconnected from the story. For at least half, he sounded as if he was reading a grocery list. The story kept wandering off into another country, another scene, and another character’s experiences, all of which, until the end, seemed almost random. It began to feel like several books had mistakenly been combined in one. Most of the book was taken up setting up the stage for the final scene when the muddied atmosphere did finally become clearer.

Basically the story is about the antics of Will Rhodes, a journalist who worked for Travelers magazine. He and his wife, Chloe, both worked for the magazine in different capacities. Both traveled a lot and were often separated. Their marriage had been going through a rough patch. On assignment for the magazine, after being seduced by a beautiful woman named Elle, almost against his will, he woke up in the middle of the night to find a large, hulking figure standing in his room in a threatening way. He tried to escape from Roger, but failed and was knocked out cold during the attempt with a sucker punch from that same woman who had seduced him. She suddenly and unexpectedly had reappeared outside his room. This woman had videotaped their liaison, and now she and her accomplice threatened to blackmail him if he refused to work for them. They promised he would be paid well and would be serving his country as an asset for the CIA. They needed information on the people he met abroad who might be identified as potential recruits. After his infidelity with Elle, his ability to refuse their offer was quite compromised. Once he started to pass information to Elle, the story “traveled” off in several different directions that often seemed unrelated. The plot thickened as attempts were made on his life, the reasons for which the reader has no idea of, for most of the book, nor supposedly, does Will. He was, however, surprisingly skillful for a rube and seemed better able to take care of himself than expected, as he went from supposedly innocent interactions and assignments to more dangerous ones. He had false passports, was skilled in the martial arts, and he even somehow also knew how to ditch a tail. He was also provided with sophisticated technical equipment to film the potential recruits. By now, I suspect others are beginning to doubt the credibility of this plot.

Will’s and Chloe’s boss at Travelers Magazine, Malcolm, was painted to be somewhat of a letch. He was also having marital problems. The woman who dealt with public relations had an alias. Many of the characters had complicated backgrounds and personal problems. Elle’s boss, who was directing her efforts with Will, appeared to be influential, although he was unidentified and Elle had little knowledge of his actual purpose or resume.

As time passed, the plot grew more and more implausible and complicated. If the intrigue wasn’t so convoluted, I might have found it more exciting. There were just too many ancillary themes, mysteries, tangents, murder and mayhem, sex and drinking, each one threatening to take center stage to unseat another. Since I noticed that many reviews were full of praise, I concluded that “you had to be there” or the print version would be a far better choice.