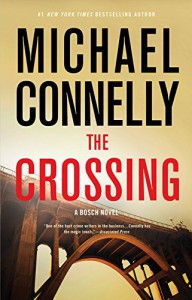 The LAPD (Los Angeles Police Department), has arrested DQ Foster for the brutal rape and murder of a sheriff’s wife. The accused is the client of Mickey Haller, half-brother of Harry Bosch. Lincoln Lawyer, Mickey Haller, is convinced that his client is innocent and has been framed. The murder was a high profile case and all the powers that be were clamoring for it to be solved.

Harry Bosch had been forced to retire from the LAPD. Currently, he has an active lawsuit against the department. Haller knew that Bosch was fixing his old motorcycle but was otherwise unoccupied. He asked him for his help because he believed he was the best investigator in the business. Harry did not want to cross the line from a cop who investigated and caught criminals, to an investigator of the cops and the criminals they captured. He went after criminals; he didn’t try to absolve them of their guilt. He said all criminals proclaim their innocence once caught. Furthermore, he did not want further trouble with the police department and did not want to be looked upon as a traitor to his brothers in uniform. Still, Haller implored him to just read the murder book for himself and then decide whether or not to help him.

Bosch agreed simply to read about the crime, but promised nothing else. He soon discovered what he believed could be flaws and omissions in the investigation. He wasn’t saying he believed the client was innocent because there was compelling evidence against him, like his DNA found at the scene of the crime, but his interest was piqued. He tried to quietly conduct an investigation. His meddling into the case was soon discovered. He was working for the other side, and he was harassed by some in the police department.

Bosch believed that when the detectives assigned to the case thought they had caught their murderer, they dropped the ball and stopped their investigation, failing to follow up on some clues, leads and loose ends. He noticed that there was a line from a watch on the victim’s wrist and wondered where that watch was. Was it stolen at the time of the murder? Was she even wearing it at the time? Was it being repaired? As he investigated that watch further, the mystery expanded. More bodies turned up and he began to wonder if he was leading the murderer to them. As he researched the clues and the evidence, he exposed the possibility of further crimes involving the vice squad and blackmail. Was there a sex scandal afoot? Was the murder of the sheriff’s wife far more complicated than it looked?

This latest book in the Harry Bosch series rolls out smoothly and methodically. The narrator is at first off-putting since his voice is low and not very well modulated, but as the story continues, it is the perfect tone and emphasis for the tale. His portrayal of the characters is engaging and will hold the listener’s interest throughout. The narrative is very well written and never grows confusing, but instead, it slowly becomes more and more magnetic, drawing one further and further into the story as the mystery twists and turns. Even though the plot is fairly obvious as it exposes the corruption in the justice system and the criminal cover-up that really dominates the story, the reader will never be bored. The court scenes are realistic and serve to expose the games lawyers play to defend their clients and the extent to which law enforcement will sometimes go to defend their brotherhood. In short, this is a really good, fast read with lots of interesting details.